The ECSC team of Hugh D, Nicholas F, David G and Sean McE retained the Keil trophy at the NASRPC competitions this past weekend. The competition consists of two 20 shot targets, shot prone with scope and sling, and 20 silhouettes shot in the usual manner. It was the usual closely contested bout with the BRC club and the outcome was not clear until late on Sunday. Congratulations to all concerned and especially to the BRC club for staging such an enjoyable two days of shooting.

Many other competitions were going on at the same time consisting of 50 and 100 Metre prone disciplines along with some variations of the Bench Rest disciplines. Whilst the results are not yet finalised, I am delighted to be able to say that the 9 ECSC shooters who competed won 4 first places, 3 second places and 4 third places in the competitions in which they competed. Anthony F won 2 firsts, 2 seconds and  a third place. Asa R won 2 firsts, one second and one third place. Nicholas F won 2 third places.

The leaderboards which are maintained by the NASRPC, show the status of all competitors across the various disciplines and are ranked by the best three scores of each competitor in the last 12 months. Currently, including the results from last weekend, the leaderboard places are shown in the table below. Congratulations to our members who put in the time and dedication to achieve these placings. 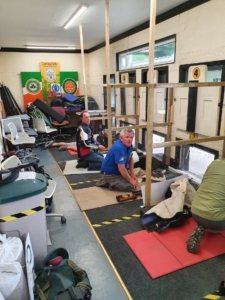 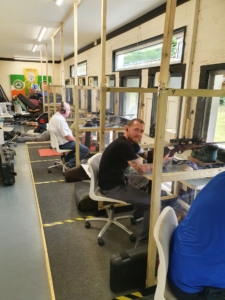 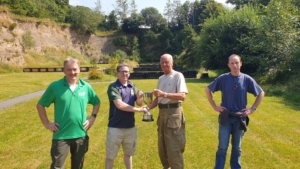