Each Sunday, a band of hardy men get together on our range to shoot a 50 bird competition. Hardy men because they shoot, whatever the weather, mainly without cover. Each Sunday, the layout changes to provide new challenges. We have the ability to run the three main types of clay shooting disciplines, viz., Down the Line, Skeet and Sporting. Elements of all three can be used on any given Sunday.

The layout is set up early on the day by Tony K. and Robbie D.. Some traps are permanently in position, in the Skeet huts or DTL. Others are towed into position according to the design for the day. An interesting balance has to be maintained each week between “easy” and “challenging”. They also have to take into account the varying degree of skills across the people taking part. The photos below show the progress of the day, starting with getting the traps into position. Tony K is hooking up a trap to be towed out. One of the photos shows Robbie, on his knees praying for that trap to work.  The group photo shows some of the  participants before going to the first trap. Other photos show the action at other traps. Some of the shotguns in use can be seen in one of the photos, mainly Berettas. It is interesting to note that the competition was won by Robbie D using the single barrel pump shotgun shown at the top of the table.

The results of the competition are shown in the following table. 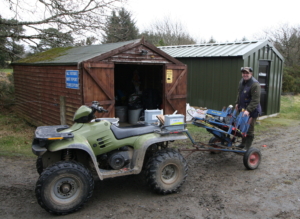 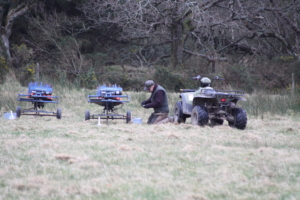 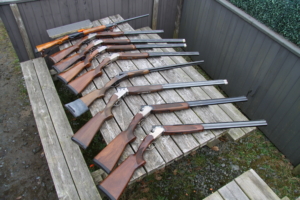 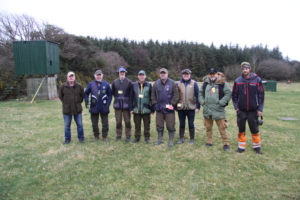 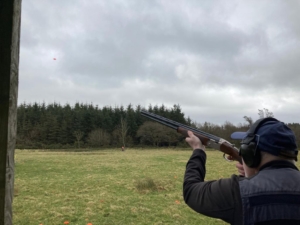 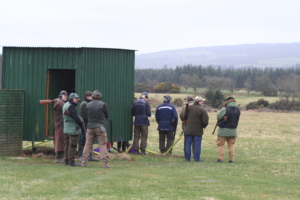 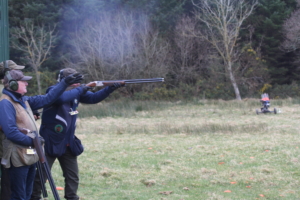 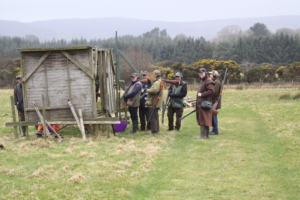