This course was run at the ECSC Diamond Hill Range last Saturday. It was intended to provide a detailed introduction to the Safety Rules and Procedures in use on our range and also as an introduction to the  skills and practices which help develop competence in target shooting.

22 members who have joined the club in the last  three  months were in the audience, accompanied by 6 experienced members to act as coaches and instructors

Safety topics covered included the safe handling of firearms on the range, along with transport and storage of such firearms. also covered were on range procedures during the types of competitions which would be most frequently encountered when shooting at club or National level.

The Rifle shooting positions started off the bench, followed by Prone, Sitting and Kneeling. Whilst not often encountered in recent times, it is a good learning experience for new shooters to realise  the value of establishing a stable platform to develop  consistent performance. The standing position will be covered in club competitions shortly.

Below are photos of some of the attendees. 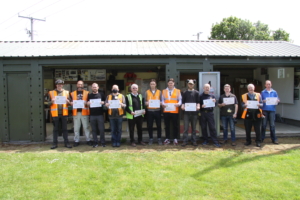 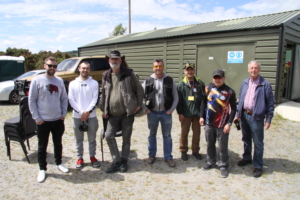 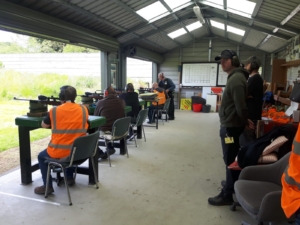 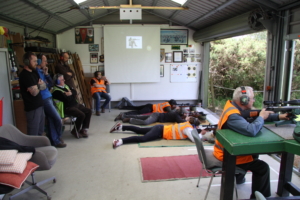