Since our club was founded over 50 years ago, we have had two mainstream Rifle disciplines. The first is the Olympic  ISSF style , using jackets and slings, shot in either the prone position or in the 3 position style(Prone, kneeling and standing). The second is the sporting rifle style, shot in many positions, rested or unrested, at 50 or 100 metres. In the last few years, a third style has become popular, the Gallery Rifle style, shot standing up at short distances as it grew out of the pistol competitions which were popular in the UK.  It was evident that there was demand for a “combined” style which would allow any form of experience or equipment to be used so we set up a Cross over competition, the rules of which are set out below. If you peruse these rules, you will see the wide appeal.

We ran the competition on Saturday 9th July and some pics of the equipment used and the competitors who took part are shown in the attached photos. Some members who took part have been more than 40 years in the club. Others had been only weeks in the club and this was their first competition. To celebrate, we had a nice BBQ on a perfect Irish Summer’s Day after the shoot, much enjoyed by all present. We will run another one of these later in the year which will be open to members and non members who wish to participate.

Some of the rifles used. 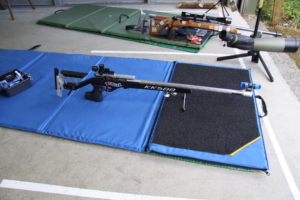 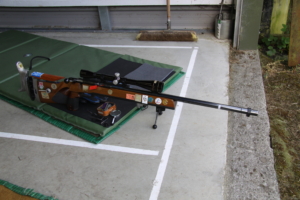 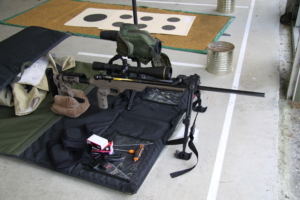 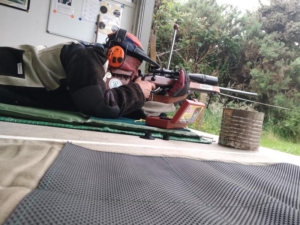 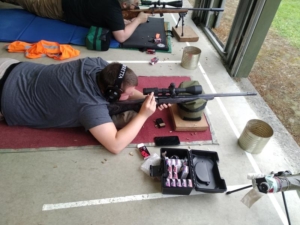 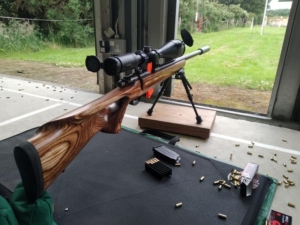 General scenes from the day. 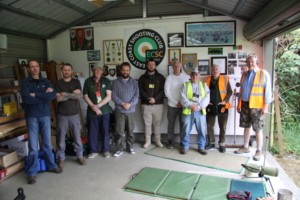 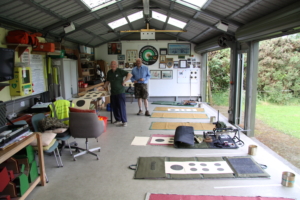 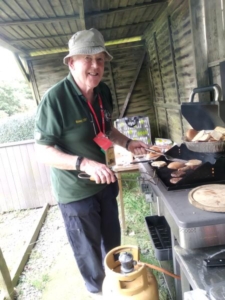 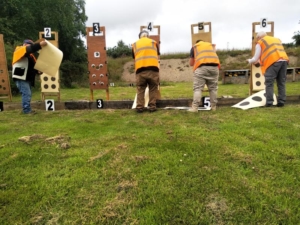 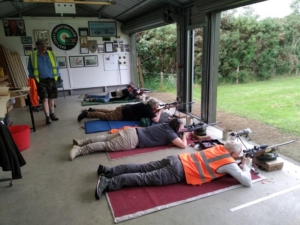 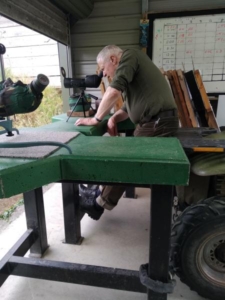 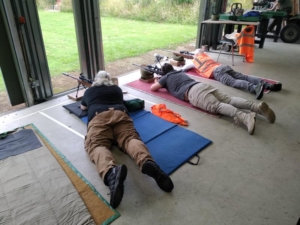 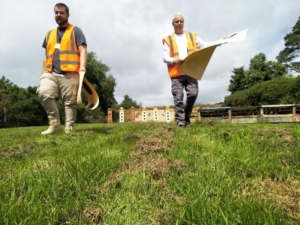 Any Rimfire .22 rifle Sporting or Target. No high velocity ammunition. .22 rimfire only.

Shooters will declare which discipline they are shooting on entry.

20 mins per card 6 bull 50 mtr Card, unlimited sighters and 20 shots to count on each card 5 shots per scoring bull.

3 bull 100-yard unlimited sighters and 20 shots to count on each 10 per scoring bull.

The course of fire based on the use of 7 firing points with a 9.30 am start.

Prizes will be presented on the day.

1st overall   1st target 1st sporter.  Where the overall winner is also the 1st in class the class prize will go to the next highest in that class. Prize for best newcomer

Depending on entry and spread extra prizes may be awarded on the day.

As this is the first of a new format which we hope will continue into the future  the rules may change as we go forward  to attract more entries and allow all shooters gain the most enjoyment and competition experience before they attend at opens and other club shoots .