The New Year had started with a few bangs and some surprises. Clearly ,  many of our regular Rifle Shooters felt the need to get onto the range as quickly as possible in the New Year so we were busy on the range today. We had opened the range to members of other clubs and were delighted to welcome 4 competitors from these clubs. We shot the regular 50/100 metre FSPR and FSR formats, one format prone rested and one format, jacket and sling. The results are shown in the table below. The major surprise is that the youngest competitor on the day, in his mid teens, won the FSPR competition even though he had never competed in a competition before! Well done to Kyle M who was brought along by his Uncle who had given him some coaching. Looks like a combination of a good coach and a willing and able student. Us old lags are going to have to try harder.

We also shot the 50M Gallery Rifle standing, results shown in the table below.

Overall conditions were good with a steady breeze and bright sunshine. A good way to start the year.

One of the competitors sent me some photos of the event . I have included them below. This gives me the opportunity to point out that the competitors who won first and second place in this competition, tied on a score of 384, only separated by the “X” count of 6 versus 4, are both shown in the photos. Of note is that fact that one of them is nearly 5 times older than the other! Our sport of target shooting allows participants to continue competing at the top level way past the point where age would make them drop out if they practiced other sports.

I also included some photos taken near the range last week whilst walking around the upper reservoir. The tower shown, was built in 1923 so is 100 years old this year. 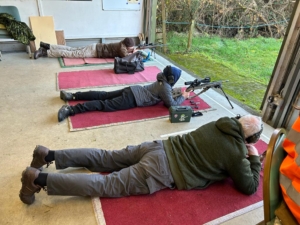 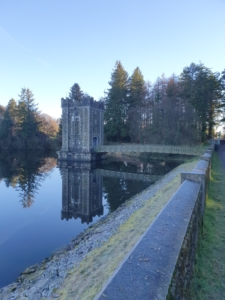 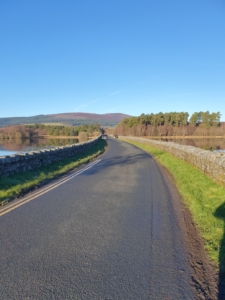 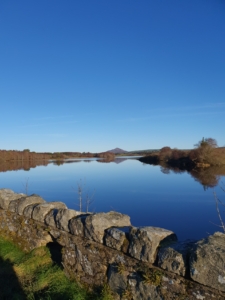