We hosted a major National Level competition for the NASRPC last weekend. Both the rifle and pistol ranges were busy on both days. Over 50 individual people from 11 clubs took part in the competitions.. 189 individual score sheets were submitted, showing that the average number of competitions entered by each individual was just under 4. Many of these shooters had not visited our range before and I received many positive comments about the range.

The competition was intense at both the individual and the team level. ECSC shooters won 3 Gold, 4 Silver and 3 Bronze medals.A special mention for Bronagh M who has just started entering these competitions and won her first medal in the  Small Bore Pistol Multi Target Competition. Most importantly, the ECSC team won the overall prize as shown in the table below.

The NASRPC results statement on the web site reads as follows:

Another enjoyable weekend at East Coast Shooting Club, always a well-organized and relaxed event.  Thank you to Sean, Paul, Anthony, Declan, and everyone else in east coast for facilitating the event, and acting as ROs and stand up comedians.

While the blustery wind conditions ruffled a few feathers in the Prone and Benchrest range some very competitive results were seen.  Well done to ECSC for winning the Club Team event overall, and to all who competed over the weekend.

The team scoring system is slightly complicated but, in summary, similar competitions are grouped together and the best score from a particular club team member in each group counts towards the team total.The Team members are shown below with how each contributed to the final result. 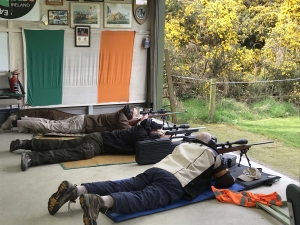 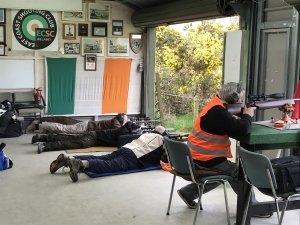