A group of our top competitive shooters took part in the 2019 National Championships held in the Munster Club on the 9/10th November and the BRC Club on the 23rd November. The pistol and Gallery Rifle events were held in Munster and the Sporting Rifle events were held at BRC. These finals are by invitation only and you earn a place by competing in at least three of the regional club competitions throughout the year. Only the top 10 shooters in each discipline are invited each year.

I am delighted to be able to say that 5 of our members earned 9 medals between them, 3 Gold, 3 Silver and three Bronze.

Bronagh M. won one silver and 2 Bronze medals in the Small Bore Pistol events. This was an outstanding achievement for her as this was the first year in which she competed. Well done Bronagh!

Brendan M won a Gold Medal in the Center Fire Multi target event.This was his first entry into these Championships and this is a major achievement for the club in a discipline for which we are not well known.Well done Brendan!

Sean McE won a Silver medal in the 50 Meter Small Bore Benchrest Rifle event. Circumstances prevented Sean from competing in the other disciplines which he won last year but there is another opportunity this year. Well done Sean!

The medal winners are shown below. 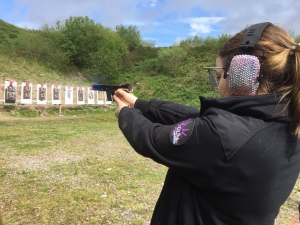 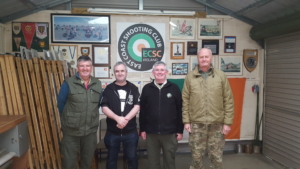 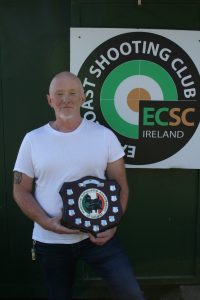