The annual Keil trophy competition was staged by the NASRPC on the BRC range in Bohernabreena near Tallaght, Co. Dublin.Our club has worked well with BRC for nearly 40 years.We have often competed against them at National Level and on a club versus club basis and we have enjoyed all of this history.  When we were moving between ranges, they helped us out by allowing our members to use their range  in the gap and we have never forgotten this courtesy. The Keil trophy  has been run for 25 years and is an inter club match based on one 50 Metre, 20 shot target and 20 Silhouettes. 3 Teams competed . As usual, the results were close and the tension mounted as the results came in. The ECSC team consisting of Nick F., Hugh D. Ralph L. and Sean McE  came in with the highest score so ECSC retains the trophy until next year. The photo below shows some of the competitors from ECSC, BRC and Courtlough witnessing the presentation of the Trophy to ECSC by Frank F. , Vice Chair of the NASRPC. Well done to the winning team and thank you to all of the shooters from the many clubs that took part. 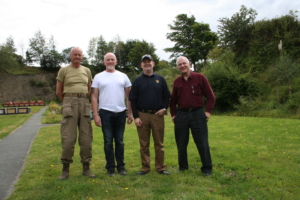 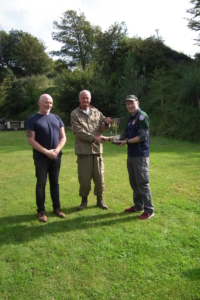 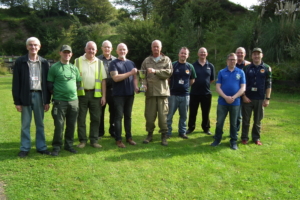