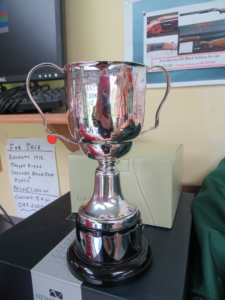 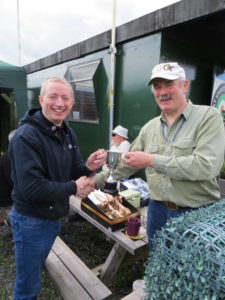 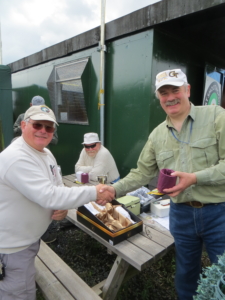 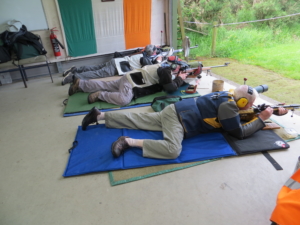 The club’s annual Open, on this occasion marking the 50th Anniversary of the Fassaroe Club, was held on Sunday 16th June.

The day started wet, but with the wind apparently correspondingly damped down.  Later in the morning the rain stopped and conditions brightened a fair bit, with intermittent sunshine, but the wind freshened too.  It might have been expected that would have favoured those who shot early, but the scores didn’t bear that out, and the scores were actually quite tight, especially in “A” and “D” classes.  Congratulations to the winner, Ray K.  We haven’t seen him at this shoot for a few years, but it looks like he hasn’t lost “it”.

A barbeque was enjoyed after shooting.  Thanks to the chef for the day, Sean M., and to Laura M. for the delicious carrot cake.

The club would like to express its appreciation to all competitors for supporting the shoot; we hope you enjoyed it.

The results were as follows: