The NASRPC holds major competitions at many clubs around the country throughout the year. each of these competitions includes a number of rifle, pistol and shotgun disciplines . A “Leaderboard” is maintained by the competitions director which keeps track of how each competitor has scored in each competition. The top three scores in the preceeding 12 months for each person are tabulated to produce the leaderboard. Once a year,the top 10 shooters in each discipline’s leaderboard are invited to compete shoulder to shoulder in the National Championship. 5 of our club members were invited this year, most of these qualified in multiple disciplines. They are, Hugh D, Paul F, Anthony F, Cathal C and Sean McE.

The shoot took place over 2 days, the 9th and 10th of March. On the Saturday, the weather was bright and windy but conditions deteriorated to snow, sleet, rain and gale force winds on the Sunday. Some details were concluded on Sunday morning but conditions became so bad that the shoot was stopped at mid day . The bench Rest rifle competition was in progress when the sky went black and a howling gale tore many of the targets off the boards. The wind was so strong that some shots were blown clean off target!

The postponed sections of the competition were run on Saturday, the 30th March and the final results are now in. ECSC competitors won one Rifle and one Pistol National Championship Gold medals, two Rifle Silver medals and one Pistol Bronze medal. All in all, a very good result for the club. 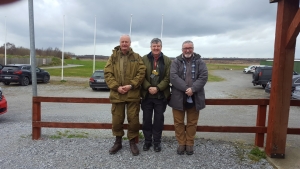 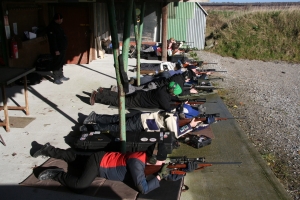 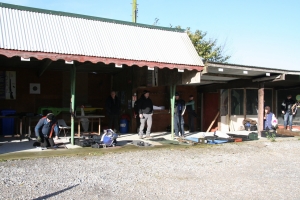 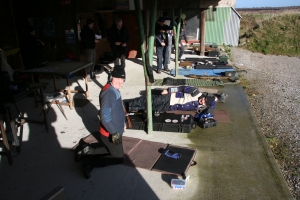