This competition, which is held annually, in honour of one of our members who passed away a few years ago, was held on the Skeet range named after Derrick. He  had been a very active club member and was instrumental in getting the skeet range built. It was a wonderful, warm Summer’s day and everyone enjoyed the occasion  There was a full turnout of the regular clay pigeon shooters together with some guests from Derrick’s family, Ann, his wife and Derrick and Catriona, his children.
A BBQ was laid on with  our resident chef, Peter P. doing the cooking. Congratulation to Tony K who retained possession of the trophy he won last year., with Rob coming 2nd and Ed K ,3rd.  The result sheet is shown below.

Congratulations also to Maurice B whose birthday occurred on the day. He can be seen below blowing out the candles on his cake. 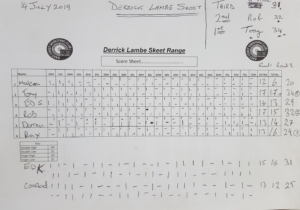 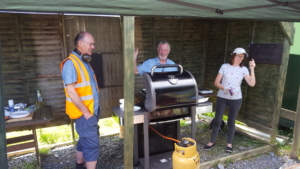 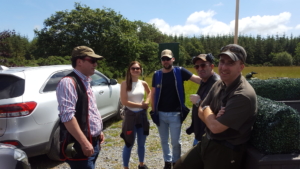 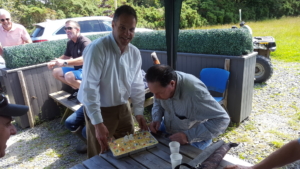 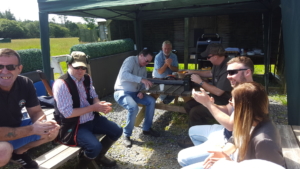