On the 17th June 1984 the first ever Three Positional International Target Rifle Postal Match against the USA was held on the Fassaroe range in Enniskerry, Co. Wicklow. The course of fire was three strings of 40 shots in three positions, prone, kneeling and standing, totalling 120 shots. The morning started bright with shooters arriving from all corners of Ireland as early as 06:00hrs and at 07:00hrs the Fassaroe flag was hoisted by John Kennedy and Tom Garvin. At 08:30hrs the Irish National Squad took up their positions on the line, the whistle was blown and the matched commenced. The National 3P was shot concurrently. The event was one of the best target rifle shoots ever staged in Ireland.

It all started on the Friday evening 15th June at 20:00hrs in the Royal Dublin Hotel, O’Connell Street, Dublin. Mr., Martin Mace, a renowned NSRA target rifle coach gave the National Squad a coaching course in preparation for the upcoming 3P postal match.  The course was a very good one indeed and Martin left no stone unturned when it came to putting the shooters through their paces in all three positions the following morning on the Fassaroe outdoor target range.

Sunday morning arrived and with it, the National Squad, who at this stage wanted to put into practice the finer points of shooting.  The months of training were about to pay off and everyone walking to the line that morning was filled with confidence and pride. It was the first time that Irish target shooters were going to shoot against the ‘Big Boys’. This International 3P Postal Match not only included America, there were other countries involved too but it was America we were shooting against. Needless to say we were not in the medals when the results came out but the results were printed in the American Rifleman and we received an invitation from the NRA for the following year. That in itself was gold to us.

The ‘Team’ that morning:

The result of the ‘National  3P Championship’

Another ‘First’ for Fassaroe to add to their impressive achievements over the years.

It was a privilege to be there and shoot in that match that morning. 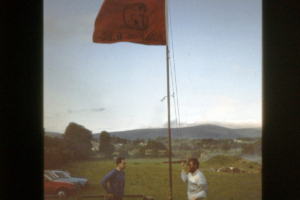 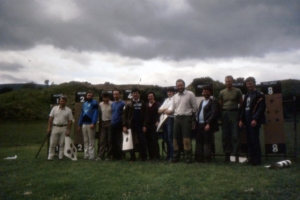 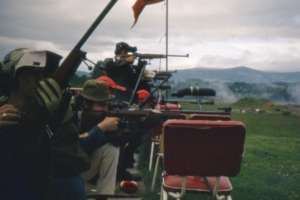 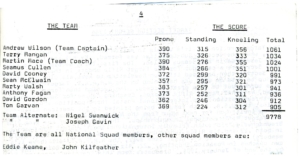